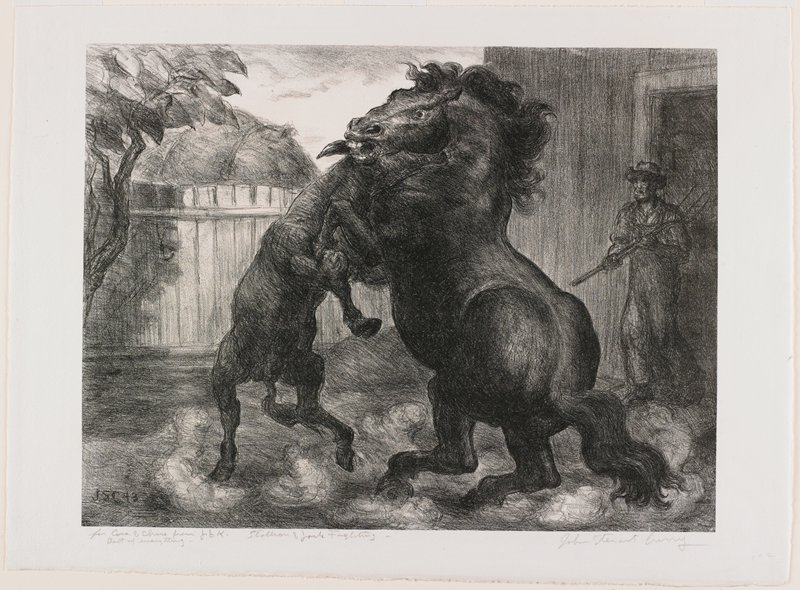 John Steuart Curry was a leading proponent of Regionalism, a movement of modern artists who found inspiration in rural and small-town America. In line with this populist approach, Curry often re-created his oil paintings as black-and-white lithographs that were issued in large editions and priced for middle-class customers.

In 1932, he painted Stallion and Jack Fighting, in which a powerful, glistening horse tangles with a gaunt mule. Deciding this subject would have wide appeal, he set about reducing and refining the image, as seen in his drawing made on tracing paper (Mia 2009.48.1). He started with erasable pencil and then marked his final ideas in ink. In 1943, he elaborated the image once again, drawing with a greasy crayon on a lithographic stone. The stone was then used to print the image, reversing the composition.