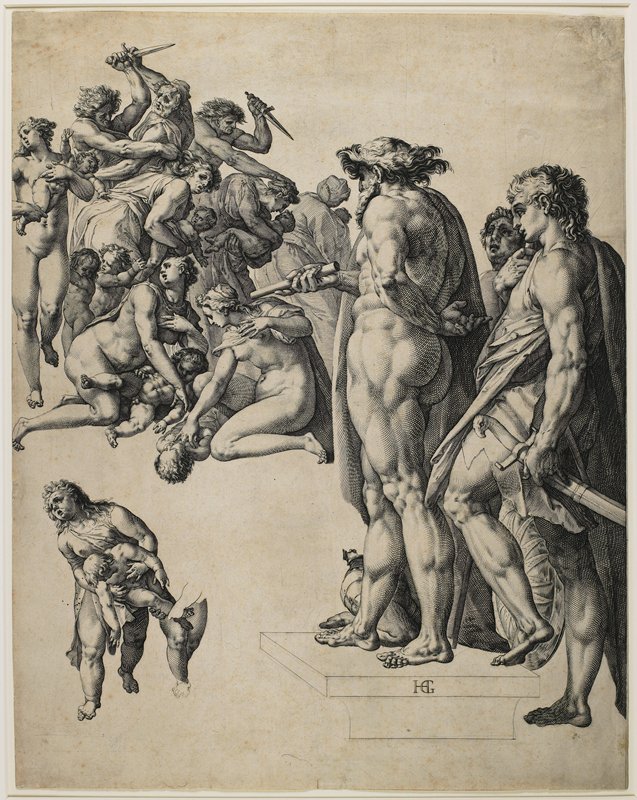 Few themes are as powerful as the gruesome Massacre of the Innocents, King Herod's campaign of slaughter to protect his reign as the Roman-appointed King of the Jews in Judea. According to the Gospel of Matthew, on hearing of the Magi's announcement of the birth of Jesus as the newborn king of the Jews, Herod ordered the murder of all male children two years old and younger who lived in Bethlehem or the vicinity in the hope that he would also kill Jesus. In a dream, Joseph was warned of Herod's merciless plan and escaped with his family to Egypt.

Hendrik Goltzius's unfinished print displays his virtuoso technique of incised webs of curving lines, practically unparalleled in the history of engraving. The back and buttocks of the figure with a staff, probably King Herod, mark the artist's first use of his trademark technique of engraving lines that swell and taper by turns.