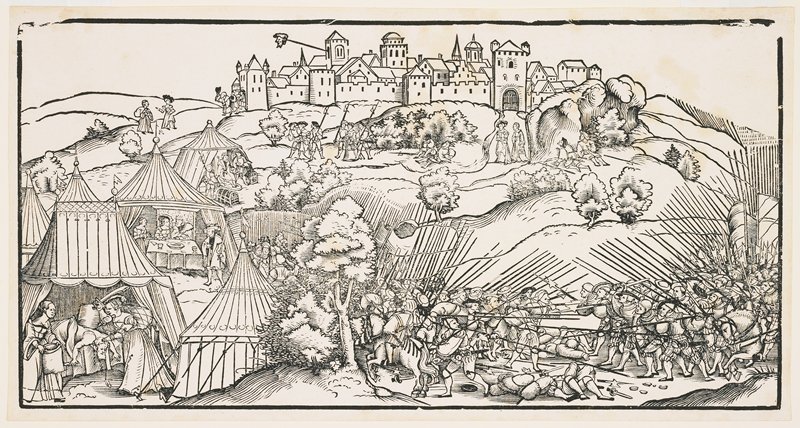 Early on, Judith was a hero, the resourceful widow who saved her people by decapitating the Assyrian general Holofernes. In the 12th-century Speculum Virginum she symbolized the triumph of humility over pride; in other handbooks she prefigured the Virgin Mary. Yet in the late 15th century, Judith became a femme fatale.

In this multi-scene narrative, Judith is still more victor than villain. At top she ventures from the Israelite city of Bethulia with her maid, intent on charming the enemy Holofernes into complacency so she can murder him. In the foreground, we see the urgency of her mission: Holofernes' army is overwhelming Bethulia's. After plying the general with wine, Judith severs his head and takes it back to Bethulia to display from the battlements, visible at the top left.