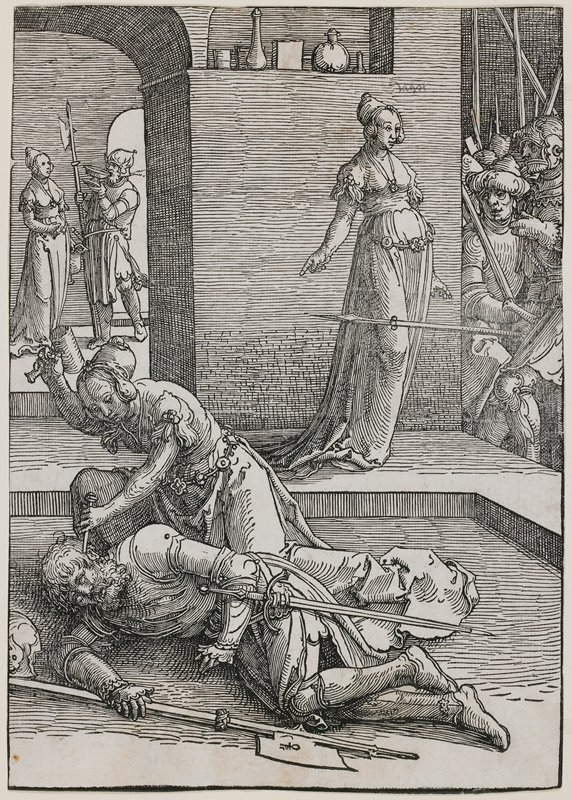 According to the Book of Judges from the Hebrew Bible (Old Testament), Sisera was the commander of the army of King Jabin and had oppressed the Israelites for more than twenty years. When Sisera's army was defeated in battle by the Israelite commander Barak, Sisera fled to the village of Heber of Kenite, with Barak hot on his trail. Seeking refuge, he encountered Heber's wife, Jael, a Hebrew, who sheltered him in her tent and gave him milk. Exhausted, Sisera fell asleep. Seeing her chance to avenge her people's suffering, Jael drove a tent stake into his brain with a workman's mallet, crushing his skull and pinning him to the ground. He lay dead, murdered by the heroine's deception. Some believe that Jael, whose name means Jehovah is God, was compelled to murder by the Holy Spirit. Other interpretations also suggest Jael exhausted Sisera with sexual intercourse, a sin absolved for its laudable goal of glorifying God.