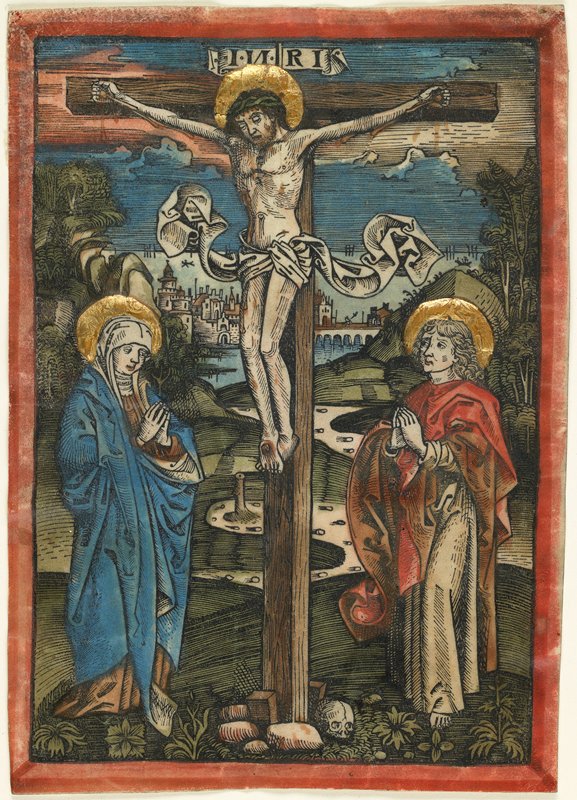 Christ on the Cross with Mary and Saint John, from the Missale Defunctorum, c. 1499

Woodcut with hand-coloring and gilt on vellum

Makers of early devotional woodcuts took care to make Christ's blood explicit. Here, the woodcutter incorporated a few long drips into the design (evident under Christ's arms), but depended on a colorist to hand-apply red pigment to complete the composition. Blood spurts realistically from the nail holes, then down the torso and onto the rocks below. The vellum used for this print would have been widely viewed as a metaphor for Christ's flesh.

This woodcut was found glued into the Missale Defunctorum, published in Vienna by Johann Winterburger. Often such prints were painted with a thick border to disguise the seam where the edge of the print met the page of the book.