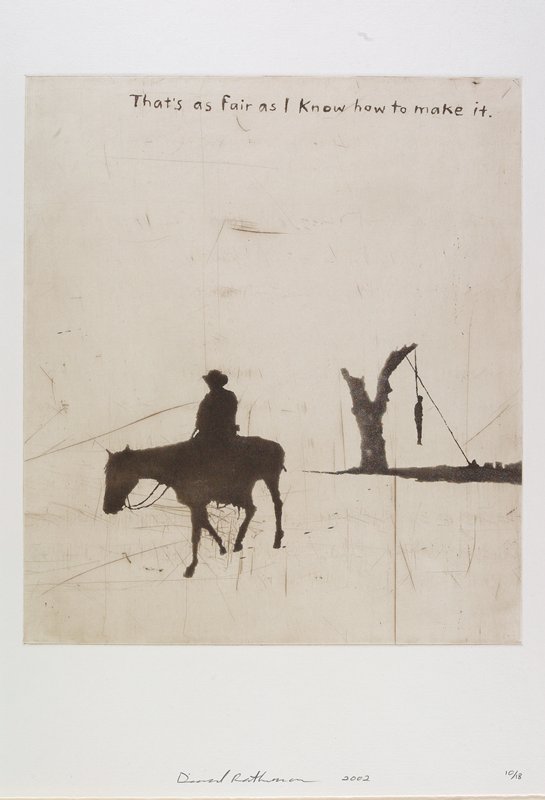 David Rathman found inspiration for his cowboy images by watching old low-budget Westerns, the once ubiquitous fare of Hollywood (and Italian) moviemaking. There's an irony in using these often clichéd melodramas as a source for his subjects, but Rathman finds that their cloying familiarity gives rise to a certain whimsy, even humor, when combined with a pertinent phrase of dialogue inserted into the scene. This despite the rather serious theme: death by murder.

Image: In Copyright. Gift of the Print and Drawing Curatorial Council