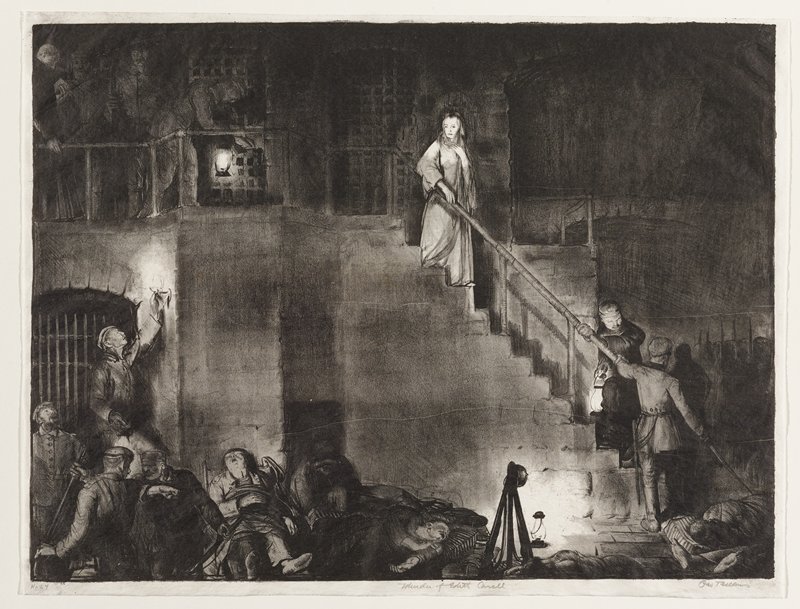 British nurse Edith Cavell (1865-1915) was the head of the Training School for Nurses in occupied Belgium during World War I. Despite great personal risk, she bravely helped more than 200 Belgian, British, and French soldiers escape from the country. Cavell was eventually found out and arrested on August 5, 1915 by the German army. Together with 33 others, she was tried, found guilty, and sentenced to death by a German military court. She was executed along with four others by firing squad on October 15, 1915. As news of her execution spread around the world, her case became a cause célèbre and incited further hatred of Germany.

Bellows included this incident in his 1918 lithographic series highlighting wartime atrocities committed by the German armies in Belgium in a show of support for America's intervention in the war the previous year.