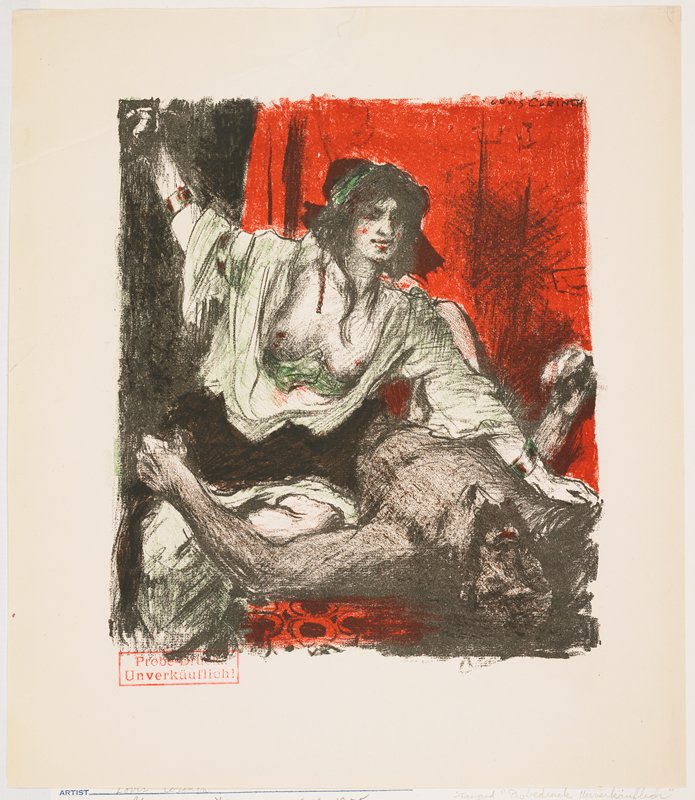 For centuries, artists have presented the biblical story of Judith and Holofernes, drawn to its dramatic narrative and prospect for symbolism. In this color lithograph produced for an exquisite illustrated version of the Book of Judith published in Berlin in 1910, Lovis Corinth draws on historical precedent and subjective expression to convey the tale's pivotal scene in which Judith, a chaste and beautiful widow, murders the Assyrian general Holofernes, whose armies are preparing to besiege her home city of Bethulia. Corinth presents Judith in the act of murder, infusing the scene with a romanticized, expressionistic verve and brilliant color that heightens its dramatic tension and emotional power. Raising her sword to behead the sleeping general, Judith is confident that her brutal deed is justified in the defense of her people.