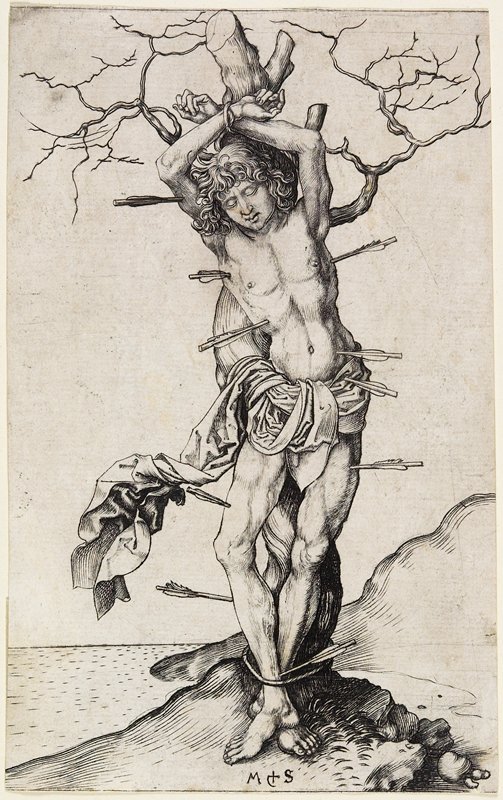 Saint Sebastian was a third-century Christian martyr who was murdered during the Roman emperor Diocletian's persecution and attempted eradication of Christians living under his rule. As characteristic for this subject, Martin Schoengauer depicts Saint Sebastian tied to a tree and shot with arrows. Here, however, he depicts the bound and wounded Saint Sebastian with only the barest suggestion of setting, as was characteristic of his later work, when his designs became increasingly austere. In the absence of narrative details, the viewer is left to contemplate the saint's serene suffering and tortured body. Schongauer represents the male anatomy with impressive accuracy, while achieving a lovely combination of grace and monumentality in the figure.