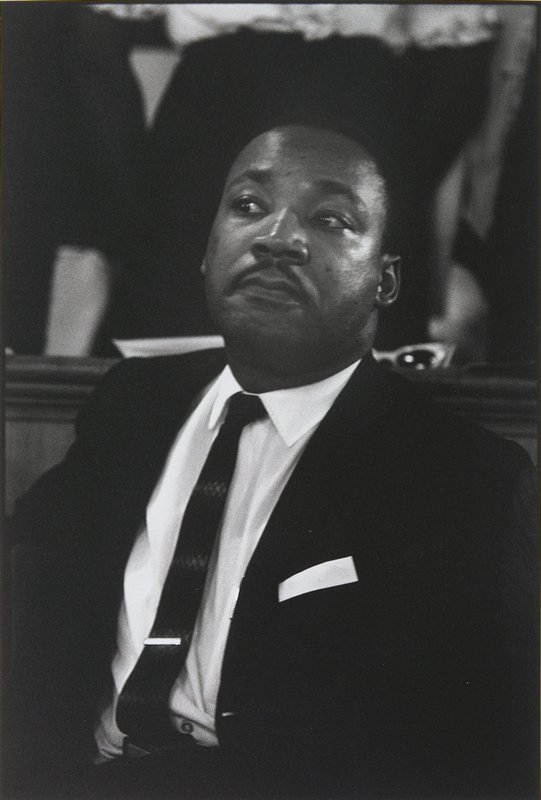 Birmingham, Alabama. Dr. Martin Luther King Jr., just before he spoke at the funeral of the four girls murdered in the 16th Street Baptist Church., 1963

The Civil Rights movement of the 1960’s was a widespread effort to end racial segregation and discrimination against African Americans. News coverage of sit-ins and freedom rides dominated the cultural and political landscape of the United States. At this time Danny Lyon was in his early 20s and an undergraduate student at the University of Chicago. After meeting John Lewis, the chairman of the Student Nonviolent Coordinating Committee’s (SNCC's) in Cairo, Illinois, Lyon then traveled to Mississippi, to cover voter registrations, and soon he was present at almost all of the major SNCC events during the movement. Lyon served as SNCC’s photographer from 1962 to 1964 and later documented his experiences in his book Memories of the Southern Civil Rights Movement.

Image: In Copyright. The Alfred and Ingrid Lenz Harrison Fund