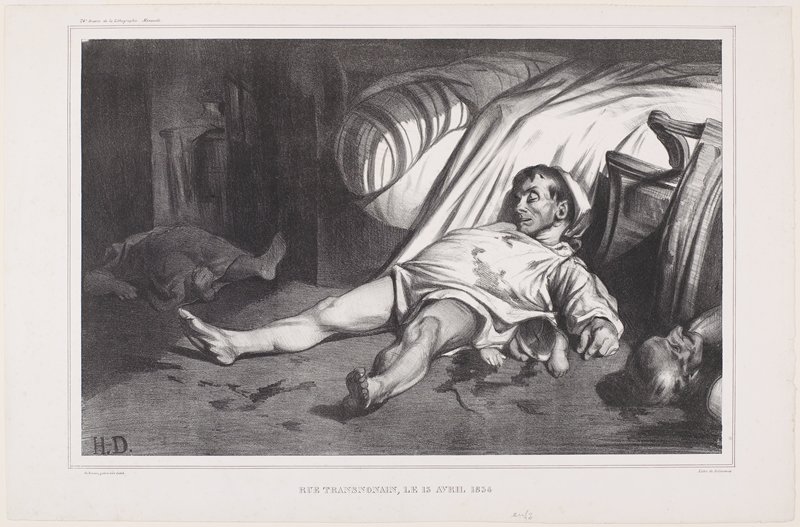 Honoré Daumier's gruesome depiction of a domestic murder scene has become a universal symbol of inhumanity. Set during the government suppression of the 1834 Paris worker insurrection, the lithograph recounts the reprisal killing of 19 men, women, and children at the hands of French troops who suspected the family's complicity in an earlier attack on soldiers. Though government censors initially approved publication of the lithograph, King Louis Philippe later ordered the printing stone and all unsold impressions of the print confiscated and destroyed.