Title
Three Bathers
Dated
1907
Artist
Henri Matisse
Nationality
French
Artist Life
1869–1954
Role
Artist
Gallery
G371
Department
European Art
Dimension
23 3/4 x 28 3/4 x 15/16 in. (60.3 x 73.0 x 2.4 cm)
Credit
Bequest of Putnam Dana McMillan
Accession Number
61.36.14
Medium
Oil on canvas
Country
France
Century
20th century
Provenance
Oskar and Greta Moll, Paris, France and Wroclaw, Poland. [1] Hodebert, Paris, France. Georges Bernheim, Paris, France (by 1931). [2] Dr. Jacques Soubies, Paris, France. [3] Léopold Zborowski [1889-1932], Paris (until 1937). (consigned to Galerie Simon/Mayor Gallery/Rains Gallery, New York City). [4] [Soubiès sale through Hôtel Drouot, Paris, France, December 13, 1940, no. 62]. (Carstairs Gallery, New York City) [5] Putnam Dana McMillan, Minneapolis, Minnesota on May 9, 1950; bequest to MIA in 1961. [6] [1] The Molls were German friends of Matisse and acquired the painting directly from him, according to recollections of Georges Keller of Carstairs Gallery in a letter of May 12, 1950. Keller also said that he acquired it directly from them in 1928 while still at the Galerie Georges Petit. If this is accurate or true, the next entry listed on the provenance should be: Galerie Georges Petit, Paris, 1928. [2] Mr. Bernheim is listed as the owner of this painting on a label (affixed on the middle brace of the painting's stretcher) for an exhibition titled 'Exposition HENRI-MATISSE' at the Galerie Georges Petit, Paris. This would confirm the reference in letters from the McMillan archive file (letters, May 12 and June 26, 1950) which notes that this painting was at the "great Matisse show held at the Galerie Georges Petit in Paris in 1931" which, however, arrived too late to be in the catalogue. The June 26 letter also says that the painting "remained in France until it was brought to the US in approximately early 1950." This is conflicted by the information in the Zborowski entry, below. [3] La Galerie Simon, 1935-1936. "Dr." is given in a letter of June 26, 1950 to Dick Davis from the Carstairs Gallery giving the provenance of this painting. There was a Soubies sale at the Hotel Drouot, Paris, December 13, 1940. An additional Soubies sale was held June 14, 1928. [4] Art Digest XI, April 15, 1937, p. 34, notes an auction that will take place at the Rains Galleries in New York City on April 23, 1937 that w
Rights
© Succession H. Matisse / Artists Rights Society (ARS), New YorkIn Copyright
Classification 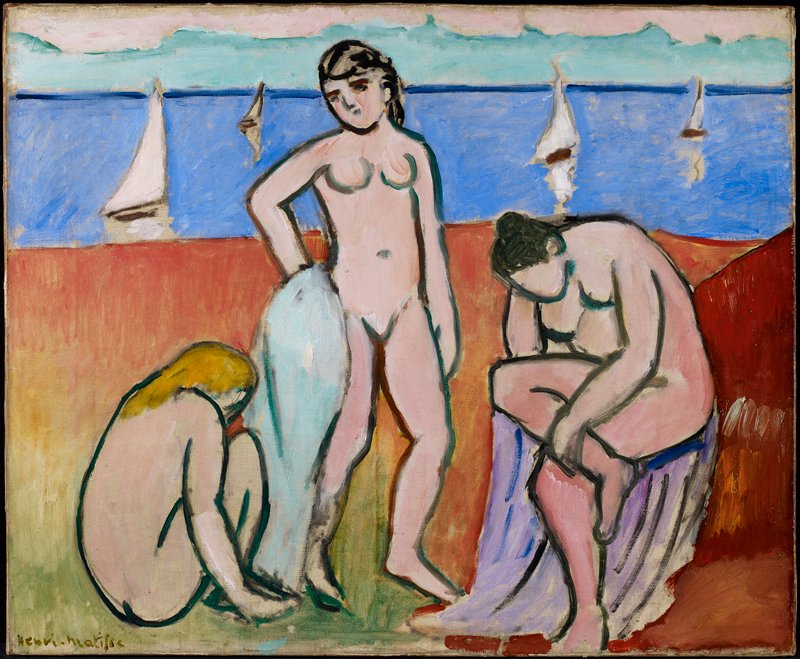